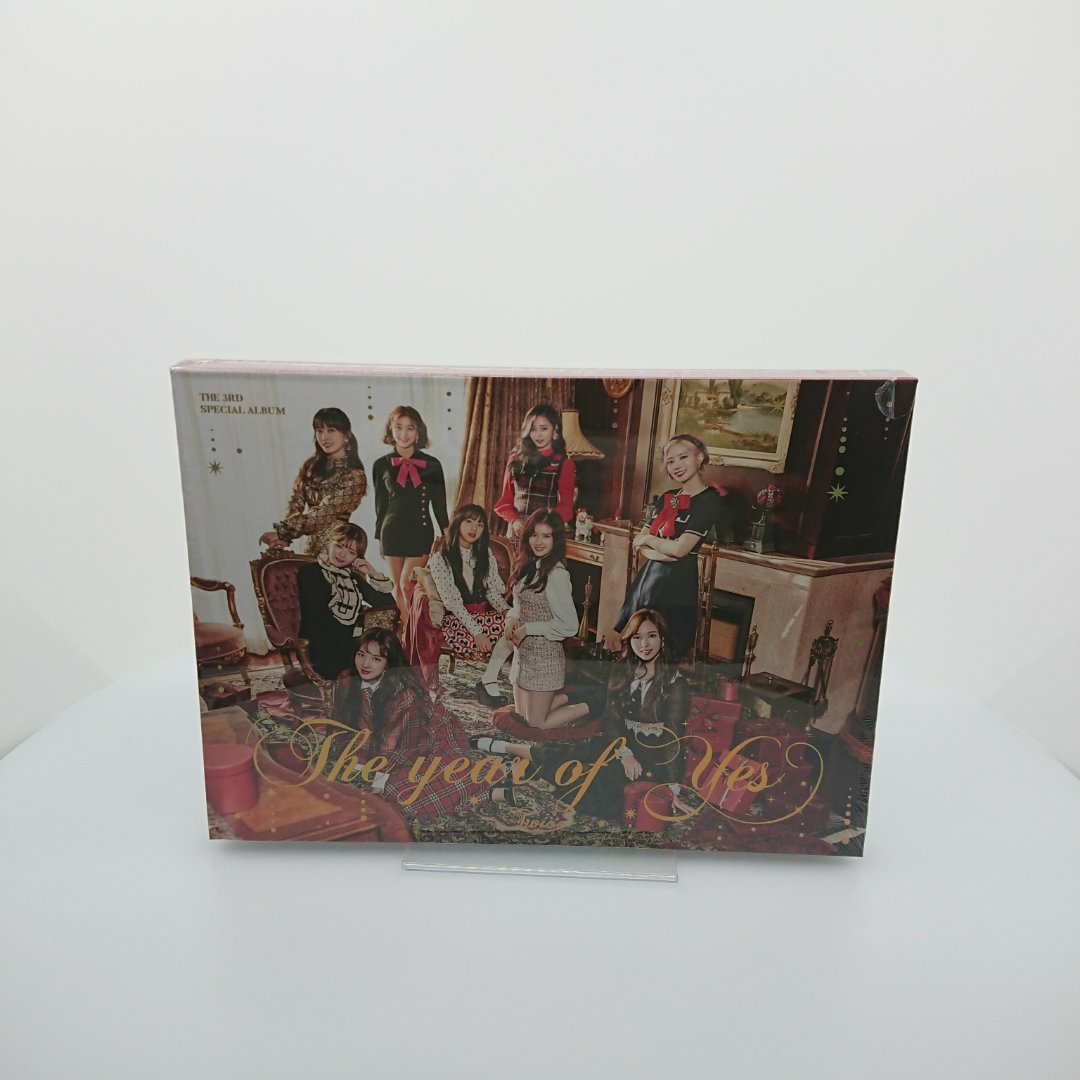 Weitere Informationen
This is TWICE's 2nd repackaged album release in 2018 a month after the release of Yes Or Yes.

It has 2 versions and it comes with 3 photo cards (the same amount of photo cards as Merry & Happy), 1 member sticker, and a numbered QR Code Card in random.
The QR Code Card is numbered according to member's age order, from eldest to youngest. It contains a video footage of a member recording a video during their break on a photo shoot or MV filming, you need to scan the code in order to watch it.

The pre-order benefits includes a poster and 10 pcs. photo card set of each version.